Thank you for visiting W.R. Hodgens Marine Insurance, Inc., the yacht insurance specialists. Please contact us via the info below or go straight to the Yacht Insurance Quote Form to get the insurance quote your deserve. 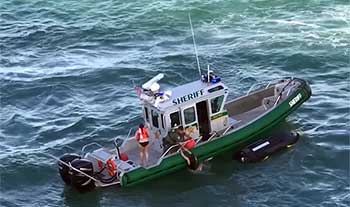 Two women were on a Jet Ski in the Port Canaveral, Floria ship channel when their Jet Ski over turned in the path of an oncoming cruise ship. Quick action by a Sheriff's Deputy who was alerted by the port pilot aboard the cruise ship saved two women. See the movie above. 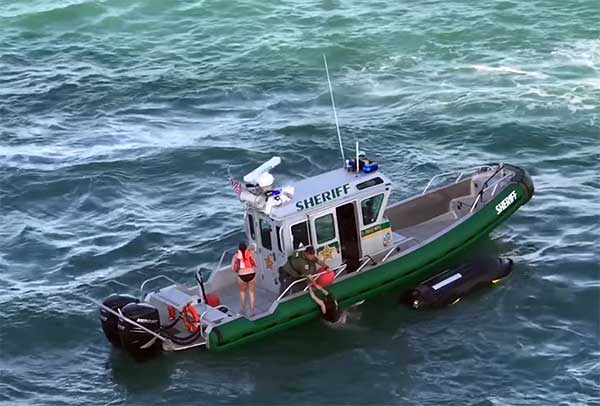 A quote about this dramatic rescue.
"Capt. Brown alerted Deputy Taner Primmer who was on duty in the harbor operating a Sheriff's Marine Unit patrol boat in support of the cruise ship departures. Deputy Primmer made his way towards the boaters and was on scene when a series of events led the boaters to be in harm's way of the cruise ship's progress in the channel. One of the boaters fell off the water craft and when an attempt was made to re-board, the water craft flipped and both boaters ended up in the water in extremely close proximity to the bow of the ship now bearing down on their position. Capt. Brown, working with the Captain and bridge team of the Carnival Magic, maneuvered the vessel away from the boaters while Deputy Primmer pulled both boaters aboard his patrol vessel and out of harm's way."