Nov. 14, 2016- The Panama Canal was completed late and with costly over runs has never the less earned more and is operating at peak efficiency. Rain has filled Gatun Lakes and the reservoirs allowing the canal to run at maximum depth. The locks are working properly and the country is enjoying higher revenues. Most interesting is that traffic and cargo Asia to the West has increased for the Panama Canal at the expense of the Suez Canal.

There have been problems with ships striking the walls of the locks (image below) and the infrastructure plans to expand shipping terminals, etc. are moving slowly. 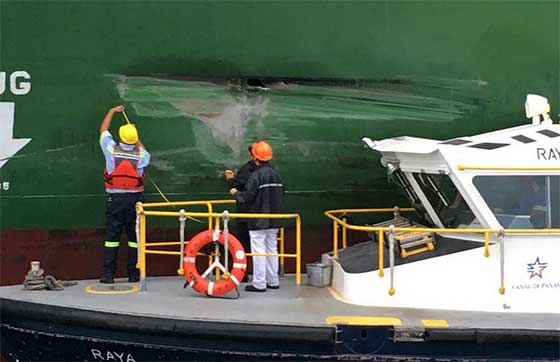 Nov. 26, 2016- Just when you think you have seen it all, Lego has introduced a Lego Panama Canal Locks model that actually operates! See movie below. 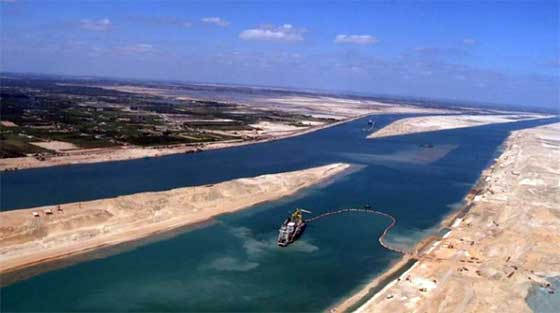 Nov. 14, 2016- The Suez Canal Completed ahead of schedule is a great source of pride for Egyptians. The financing for the Suez Canal came from bonds sold to its citizens and was a resounding success. Now the canal is operating normally with faster transit times.

With the introduction of the Canal Expansion came the announcement that Egypt would develop new cargo terminals, transportation and minerals. These have been slow to start due to financing and government bureaucracy.

Proposed Route of the Nicaraguan Canal 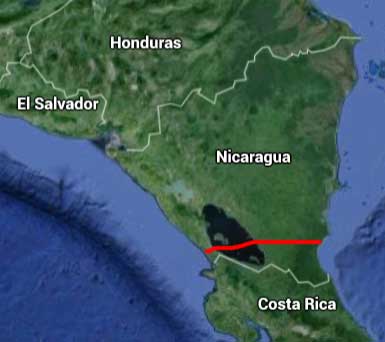 Nov. 14, 2016- Still today there has been no start for the Grand Canal for Nicaragua. Originally announced with great fanfare during ground breaking ceremonies nothing has been done. First the delays were explained as waiting for the western port to be built on the Pacific side of Nicaragua with supporting transportation and warehousing had to be built. However, not even this infrastrcture has been started. Perhaps the financial misfortunes of the Chinese benefactor Wang Jing or the realisation that the proposed canal would not be competitive with the Panama Canal have proved to be the reality of today.