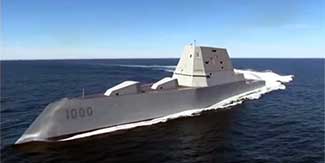 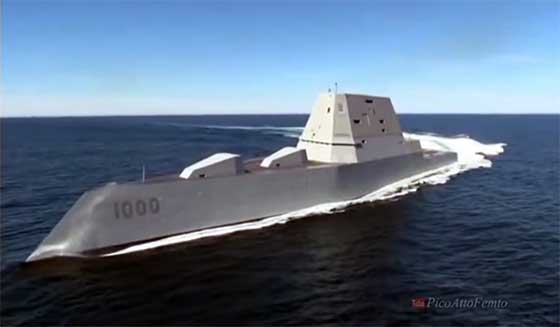 Nov. 26, 2016- The USS Zumwalt has left Bath, Maine after construction and sea trials for her final training base San Diego. Enroute to San Diego, the Zumwalt made a stop for christening at Baltimore. She then steamed for San Diego. Unfortunately the Zumwalt suffered engine problems in the Panama Canal and had to be towed to the nearest US Navy base for repairs.

In the movie below note the extremely small cross section of this stealthy ship. She may be one of the most expensive ships of the US Navy but she is also the most stealthy! With her centralised electical system she is deemed capable of mounting rail guns, the US Navy's latest development in sea artillery.

Rim of the Pacific 2016 Sinking Excercise 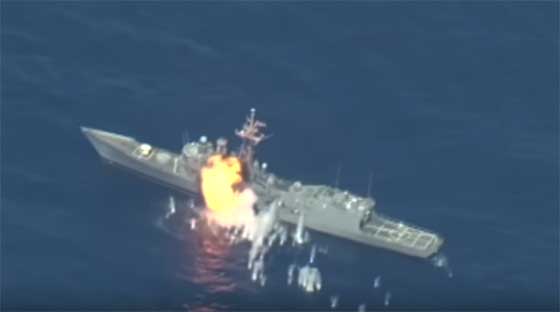 Nov. 26, 2016- During this year's Rim of the Pacific 2016 the combined Navies of the U.S., Canada, Australia, and the Republic of Korea in the Sinking Excercise. Various torpedoes and missles are deplayed against the decommissioned ship to observe the results as well as practive live weapon firing. See the movie below. 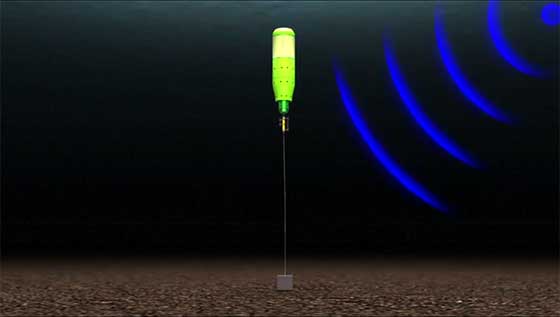 Nov. 26, 2016- DARPA (Defense Advanced Research Projects Agency) is working on a new underwater storage system. The underwater pods will be deployed free standing on the ocean floor to be activated later when needed. The pods can be pre-positioned anywhere for quick deployment throughout the world. The pods rise to the surface where they release missles, drones, or any other vehicle or weapon the Navy has deployed.